Skip to content
Always, always, ALWAYS believe in yourself! You can be whatever you want to be, just ike this stallion hides in a miniature pony body 🙂

Look at Saber, a pinto miniature horse stallion playing with an exercise ball! What a good boy he is! Unlike some people, spending all day on a chair in front of the pc and having some fast food in the evening!

“…999…1000!!! Ready or not, here I comeee!!!” Animals have the right to play too! Now this horsey here might have a hard time in finding his friends if they are worms or birds… 😀 But we like his courage anyway, don’t we? 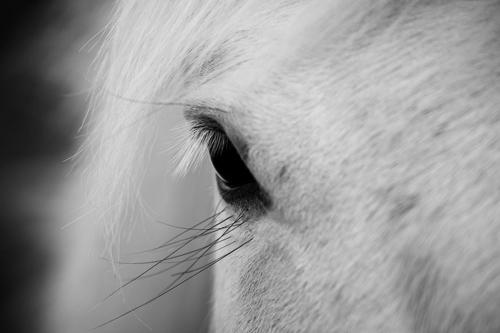 The crowd is heavily applauding. Look at all those rose petals again spreading the wonderful subtle fragrance in the air! And the happy glowing faces…All that emotion and excitement made them shine with sweat. “Oscar wins again!!!” a man shouts counting his earned money from the bets he placed in this race. And those flashing lights all around him and the fresh flower garlands around his neck!

Closing his eyes, the horse waited a moment for his usual treats of sugar and the soft pets on his wet neck…And he waited a few more moments…Then the memories disappeared. Looking around, he once again saw the dark empty stable. The other race horses were in the big sheds, being taken good care of, with excellent food and nice word and that pet on the neck, while he was having wet hey. Oscar’s glorious days were over, he wasn’t the fastest horse in the competitions anymore. In fact, he couldn’t even participate by looking because nobody took him out of there now. In the first few weeks after the incident, he was happy when someone remembered that he’s still alive and needs walking. But moving very slow and getting tired after a few steps, his “walkers” got bored and decided they had better things to do than looking after a handicapped horse.

And now he was alone with an almost blind pony at the other corner of the stable and two skinny donkeys. But they weren’t very good company, they couldn’t understand how it was to have everything one day, and the next to feel like you lost more than you ever had. He could endure the sufferings during the day, because pricking his ears Oscar could hear how the other horses run outside, how they graze and how their jockeys talk to them…And then he could dream that it was him out there, preparing for another winning. But at night…it was unbearable. That awful nightmare keeps stalking him, every night, every time he closes his eyes. After five minutes of sleeping, that man with a cut chin is there again, with his evil look and the long metal stick. Then that thunder that almost left Oscar deaf and then the pain in his leg and the red fluid! It all happened in a matter of seconds and he couldn’t understand why…but every time he tried to sleep he could live again those moments of real terror, with the strong pain and the same words, like an obsessing melody which meant nothing to him “because of you…my money…all the bets…pay for it”.

Then he opens his eyes, but the surroundings don’t get less darker. And that silence is almost hurting his ears and soul. He could never understand what humans are able to do for money, he could never understand why he was abandoned when he was ill, he could never understand what revenge is. His calm round eyes still got wet when someone came to bring the poor food and give some water and he was still hoping for a change…He was hoping that one day someone would talk to him again and feel the encouraging tone once more…But after his leg got infected and cut off, the only words he heard again were: “ Come on boy, we need to move more ponies here, kids will enjoy the rides…Your time is over.”