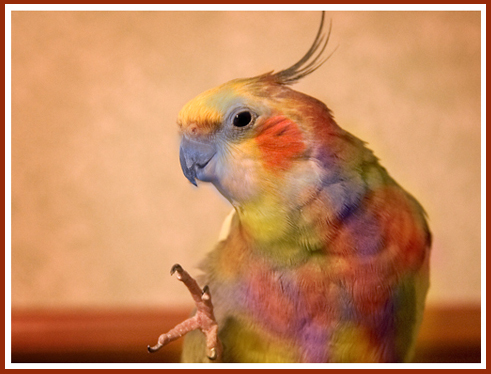 A burglar sneaks in a dark bar…(after hours) and goes right to the cash register. A voice calls out, “GOD IS WATCHING YOU”. He looks all around and sees nothing so returns to jimmying the cash drawer. Again, the voice says, “GOD IS WATCHING YOU”. The burglar looks around and finally sees a parrot in a cage and says, “Oh, Hi Polly. You startled me.” “Hey” said the parrot. “My name ain’t Polly. It’s John the Baptist.” The burglar snorted, “Who in the world named you John the Baptist?”. Parrot says, “The same guy who named that Rottweiler over there GOD!”

4 thoughts on “Parrot and Burglar Joke”